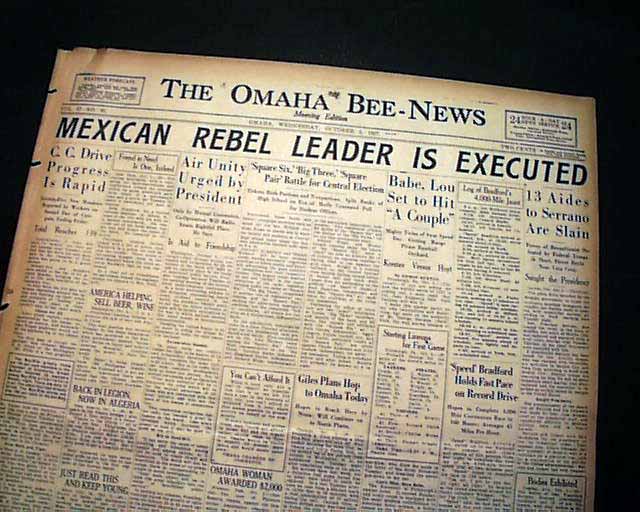 This 18 page newspaper has a nice banner headline on the front page: "MEXICAN REBEL LEADER IS EXECUTED" with subheads that include: "13 Aides to Serrano Are Slain" and more. This tells of the execution of General Francisco R. Serrano.

Other news of the day with reporting of the upcoming 1927 World Series. Light browning, minor margin wear, otherwise good.