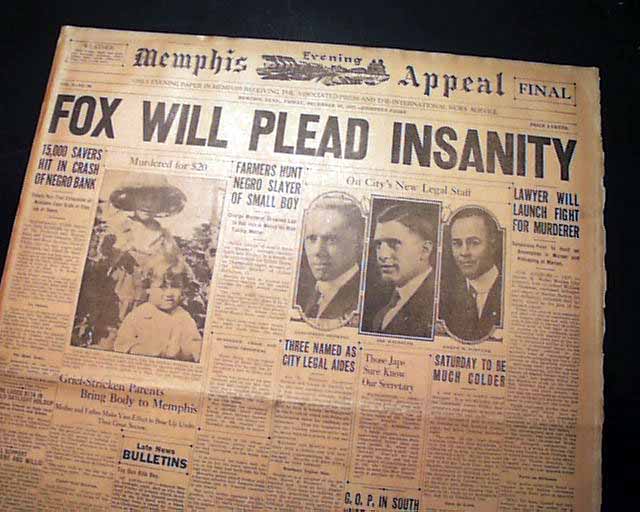 * re. William Edward Hickman capture
* Murderer of Marion Parker & others

This 18 page newspaper has a great banner headline on the front page: "FOX WILL PLEAD INSANITY", with subheads (see photos). Nice to have this report on the front page and very unusual for such a nice headline here as well. Nice for display.

Other news of the day throughout including various advertisements. Light browning with little margin wear and chipping, little irregular at the spine but otherwise good condition.