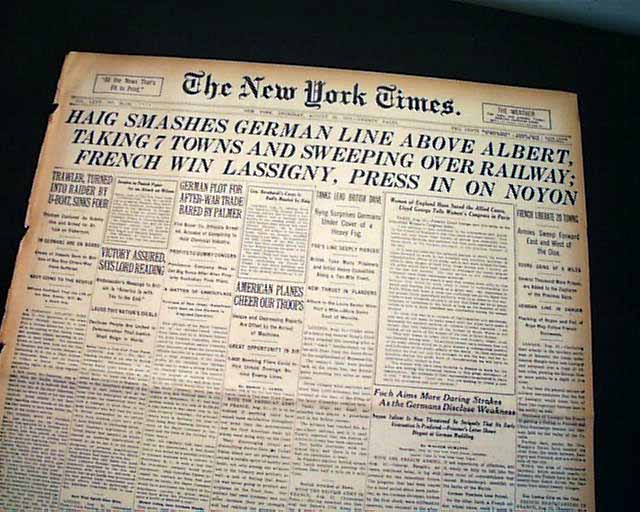 This 20 page newspaper has small one column headings on page 7: "13 Killed In Tornado" and "Tyler, Minn., Is Wrecked by Windstorm" which is a 1st report on the tornado disaster at Tyler, Minnesota. Unfortunate for such a small inside page report, probably because the first few pages including the front is loaded with World War I reporting. Still a 1st report though.

wikipedia notes: The 1918 Tyler tornado was a large and destructive tornado that devastated the town of Tyler, Minnesota on August 21, 1918. The F4-estimated tornado hit the town at approximately 9:20 pm, killing 36 people and injuring over 100 others. Debris from Tyler was found up to 23 miles (37 km) away. It is the fourth-deadliest tornado in Minnesota's history.