Home > Back to Search Results > Sherman advancing upon Savannah...
Click image to enlarge 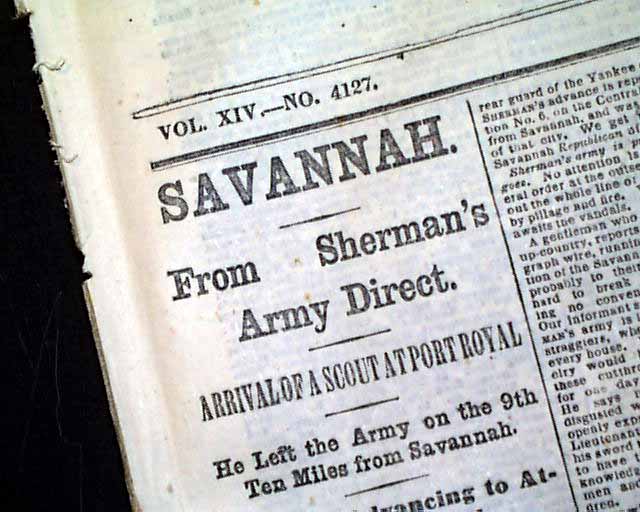 Among the nice front page first heads are: "SAVANNAH", "From Sherman's Army Direct", "He Left the Army on the 9th Ten Miles from Savannah", "Sherman Advancing in Attack on the 10th", "The Army in the Highest Spirits", "It has Met No Resistance on the March" and more.

The back page has: "From Kentucky & Tennessee--Jesse's Guerrillas Routed.." with more subheads (see photos). Could this be Jesse James, who was a guerrillas fighter in the Civil War?