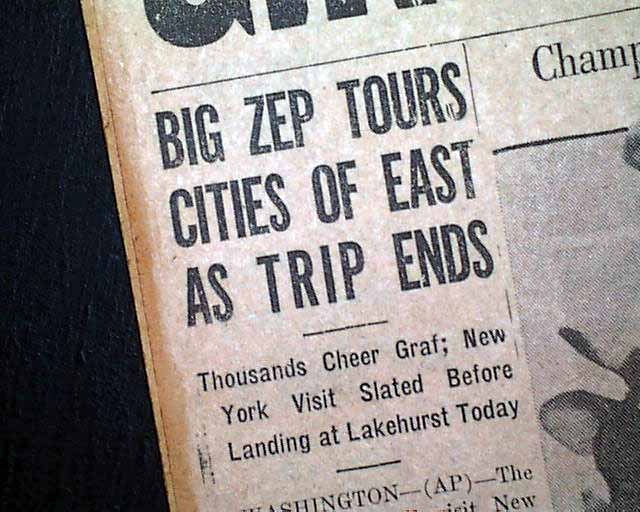 Other news, sports and advertisements of the day throughout. Light browning with little margin wear and chipping, otherwise good.

wikipedia notes: Dr. Eckener commanded the Graf Zeppelin on its first intercontinental trip, a transatlantic crossing which left Friedrichshafen, Germany, at 07:54 on October 11, 1928, and arrived in the United States at NAS Lakehurst, New Jersey, on October 15 after having travelled 9,926 km in 111 hours. Notwithstanding the heavy headwinds and stormy weather that slowed the journey, Eckener had nevertheless repeated the success of his first transatlantic crossing made four years earlier in October, 1924, to deliver the D-LZ126 (renamed the USS Los Angeles) to the U.S. Navy. Eckener and the crew were welcomed enthusiastically with a "ticker tape" parade in New York the next day and a subsequent invitation to the White House. 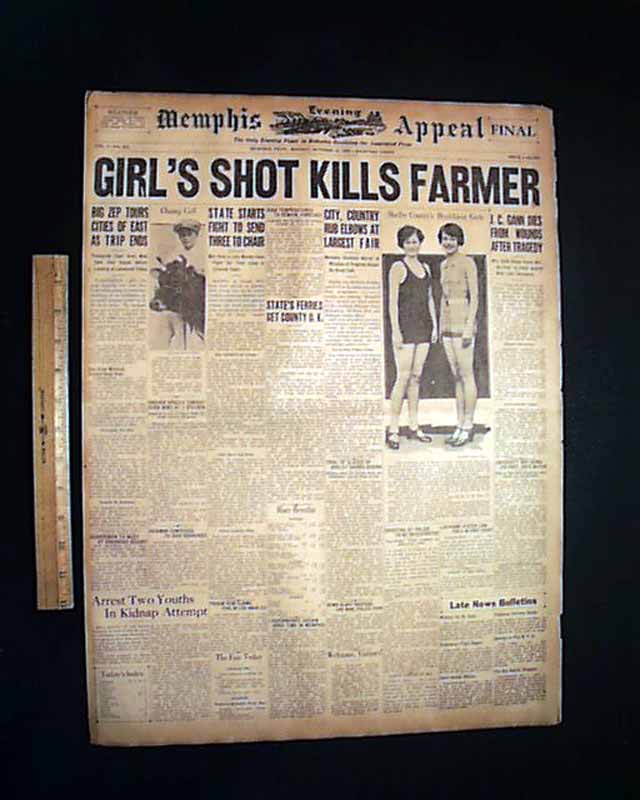 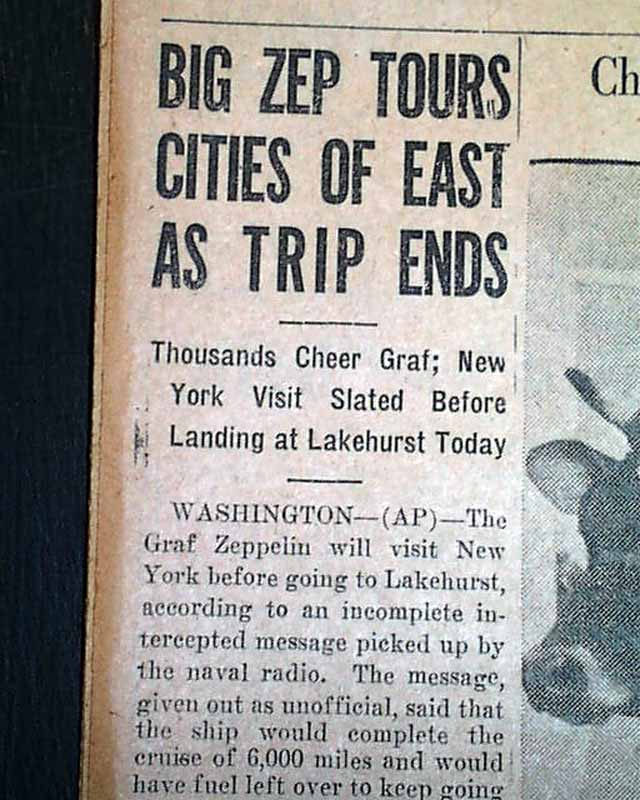 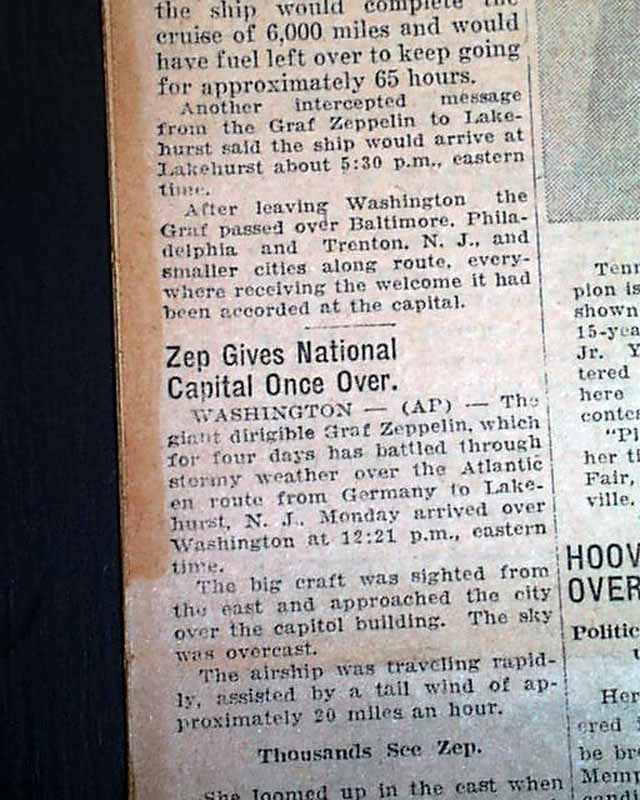 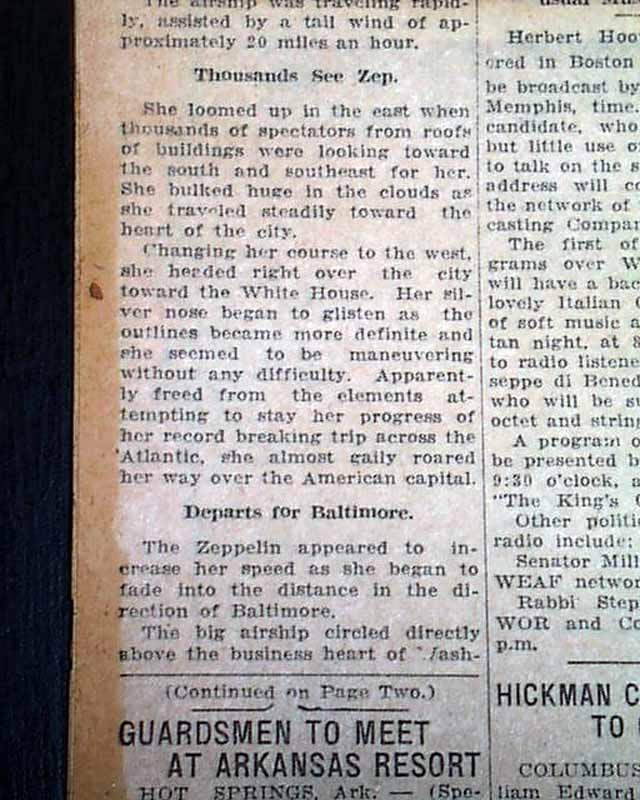