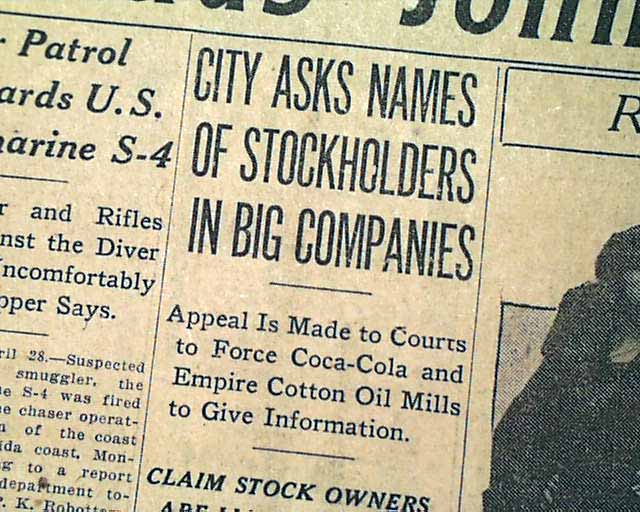 * Early Coca Cola Company
* From the home of Coke

This 18 page newspaper has one column headlines on the front page that include: "CITY ASKS NAMES OF STOCKHOLDERS IN BIG COMPANIES", "Appeal Is Made to Courts to Force Coca-Cola and Empire Cotton Oil Mills to Give Information" and more. Having been founded in Atlanta in 1886, the business continues to maintain its international headquarters in this city to this day. It is very significant to have this report in an Atlanta newspaper, and very likely that only an Atlanta newspaper would give this report such prominence.