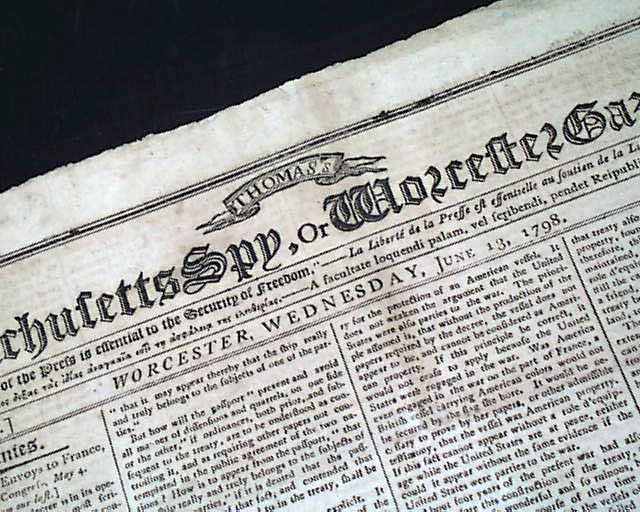 Part of the front page has "Proceedings of the Columbian Federal Congress", carrying over to page 2. Pg. 2 has a lengthy: "Speech" to the Mass. Legislature signed in type by the governor: Increase Sumner. Pg. 3 has a brief mention that: "It is reported that Governor Jackson, of Georgia, has been killed in a duel with Mr. Seagrove." Also documents concerning relations with France, including a prefacing note signed in type by the President: John Adams (see photos).
Four pages, never bound nor trimmed, very nice condition.