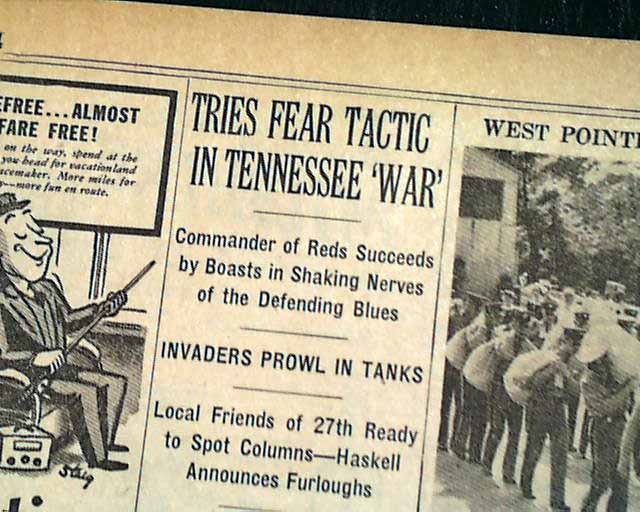 This 42 page newspaper has one column headlines on page 14 that include: "TRIES FEAR TACTIC IN TENNESSEE 'WAR'"; "INVADERS PROWL IN TANKS" and more. This tells of the 1st tank warfare field test in Tennessee with George S. Patton as a main participant.

Other news of the day throughout with much on World War II. Light browning, otherwise good condition.