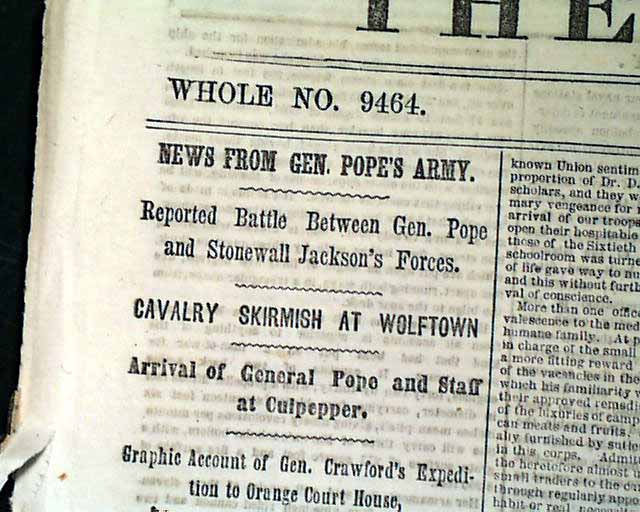 This is a genuine Civil War newspaper from Abraham Lincoln's administration with one column headlines which include: "NEWS FROM GEN. POPE'S ARMY"; "Reported Battle Between Gen. Pope and Stonewall Jackson's Forces"; "Cavalry Skirmish Pope and Staff at Culpepper"; "Rebel Plans for Cutting Of General Grant"; "West Tennessee to be Repossessed by the Rebels"; "The Rebels Wince at President Lincoln's Confiscation Order"; "Important Orders from Jeff. Davis and His War Office" and more.

Complete in eight pages. This issue is not fragile as newsprint from this era had high cotton/linen content allowing them to remain pliable and easy to handle. Minor spine, otherwise very nice condition.