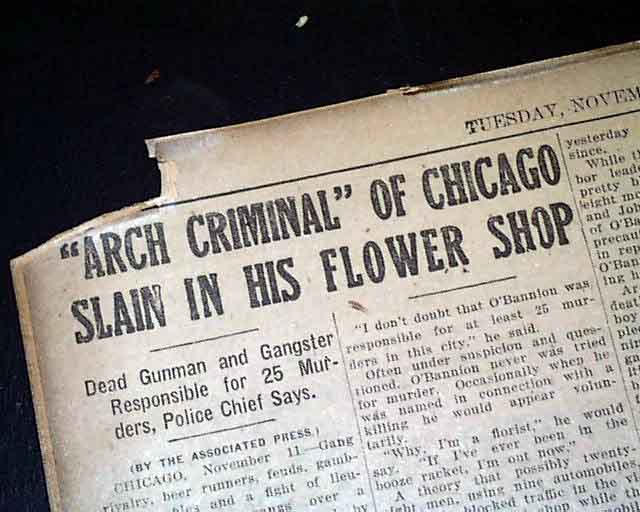 This 30+ page newspaper has a two column headline on page 10: "'ARCH CRIMINAL' OF CHICAGO SLAIN IN HIS FLOWER SHOP" and "Dead Gunman and Gangster Responsible for 25 Murders, Police Chief Says"

This tells of the assassination of Chicago mob boss Dean O'Banion. This is early for Chicago mob news prior to Al Capone becoming a nationally known figure.