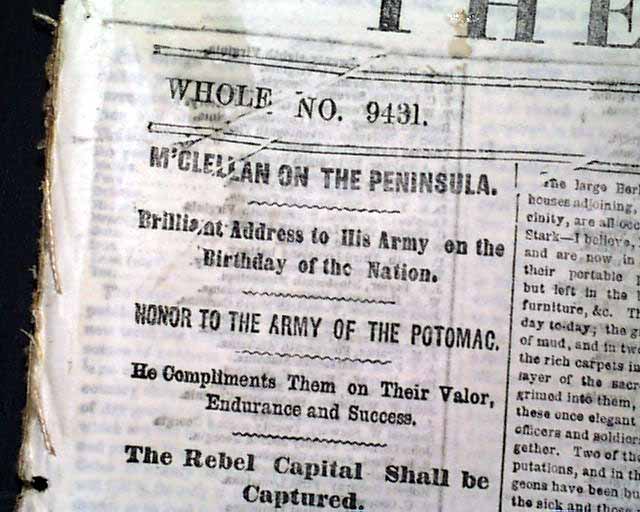 Among the one column headlines on the Civil War are:"M'CLELLAN ON THE PENINSULA" "Brilliant Address to His Army on the Birthday of the Nation" "Honor To The Army Of the Potomac" "The Rebel Capital Shall be Captured" "FROM GENERAL HALLACK'S ARMY" "Severe Fight Near Booneville, Mississippi" "The Rebels Defeated After Seven Hours Fighting" and more.

Complete in eight pages, 15 1/2 by 21 inches. This issue is not fragile as newsprint from this era was made of cotton and linen rags, allowing them to remain very pliable and easy to handle. Nice condition.