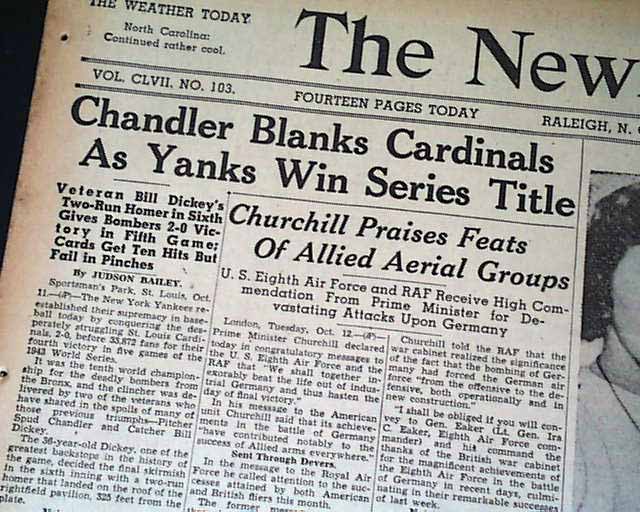 Much more on page 9. Other news, sports and advertising of the day with World War II reporting. A few tiny binding holes along spine, otherwise in good condition.