Home > Back to Search Results > Analyzing the work of General Howe in America...
Click image to enlarge 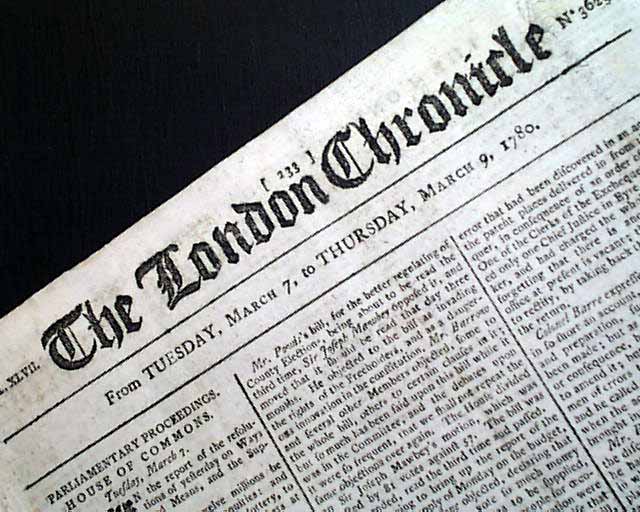 Analyzing the work of General Howe in America...

Most of a page is taken up with a letter signed: "Americanus" which is critical in the efforts of General Howe during his leadership in war effort in America, headed: "To the Right Hon. Lord H--e" (brother of the general), which has near the beginning: "In the complaint your Lordship made in the House of Commons about the letters written upon your own & your Brother's conduct in America, you was pleased to say, 'That if one-tenth part of what in these letters is laid to your charge be true, you should not be worthy of existence..." with much, much more, including a recounting of various engagements with the colonists & with mention of General Washington, the American Loyalists, the Battle of Brandywine, Bound Brook, Burgoyne, and more (see photos). A terrific and critical letter with much on the actions of Howe.
Eight pages, 8 1/2 by 11 1/4 inches, nice condition.