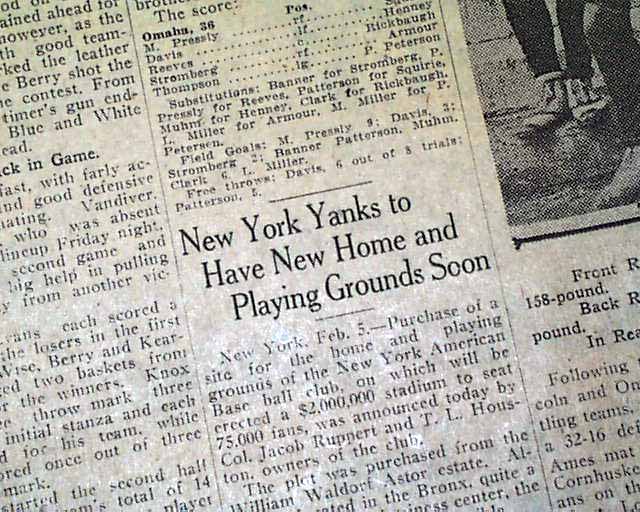 Other news of the day. Light browning with a few small margin tears, otherwise good. Should be handled with care.

Yankee Stadium is one of the most famous venues in the United States, having hosted a variety of events and many historic moments during its existence. Its primary occupants, the Yankees, have won far more World Series championships (26) than any other major league club and Yankee Stadium has hosted 37 World Series, far more than any other baseball stadium. The Stadium also hosted the major-league All-Star Game four times: 1939, 1960, 1977, and, as part of its curtain call, 2008.

In 2006, the Yankees began construction on a new $1.8 billion stadium in public parkland adjacent to the original Yankee Stadium. The Yankees will open their new home in 2009. Once the new stadium opens, most of the old stadium, including the above-ground structure, is to be demolished to become parkland.[1]