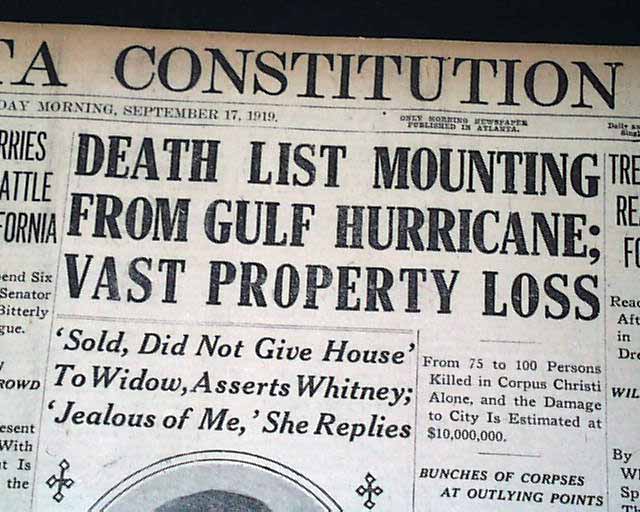 Other news of the day including various advertising. Light browning with little margin wear, mostly along spine, otherwise good condition. Complete with 20 pages, 17 by 22 inches.

wikipedia notes: The Florida Keys Hurricane or Atlantic Gulf Hurricane of 1919 was an intense Atlantic hurricane, killing 772 people as it moved through the Florida Keys and Texas. The second tropical cyclone of the 1919 hurricane season, it moved in the proximity of the eastern Greater Antilles and Bahamas before moving through the Florida Keys and central Gulf of Mexico into southern Texas. It is one of the most intense hurricanes on record for Key West, Florida and the first hurricane to cause significant damage to the city of Corpus Christi, Texas. Damage from the storm totaled $22 million (1919 USD).