Home > Back to Search Results > Jeff Davis and his government...
Click image to enlarge 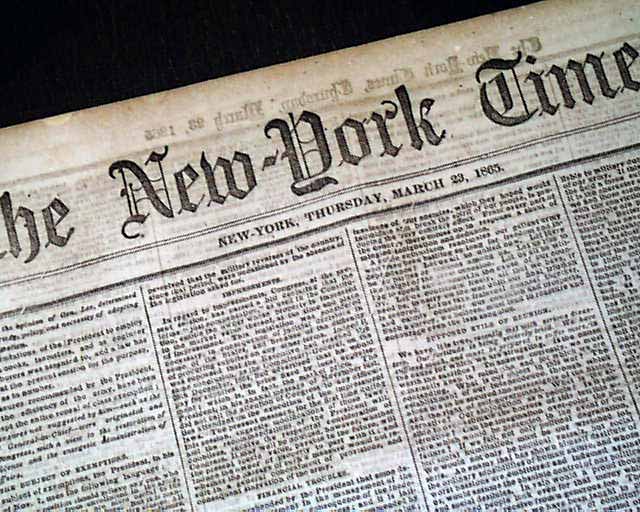 Jeff Davis and his government...


NEW YORK TIMES, March 23, 1865  Among the one column headlines on the Civil War are: "THE SOUTH" "Jeff. Davis And His Government" "The Rebel Senate in Judgment on the Rebel President" "The Revelation Of Dispair" "Lee the Forlorn Hope of the Rebels" and more.
Page 8 has: "North Carolina" "Progress Of Sherman's Campaign" "Occupation of Goldsboro by Our Forces Confirmed" and more.
Eight pages, minor foxing at the central fold, never-trimmed margins, nice condition.