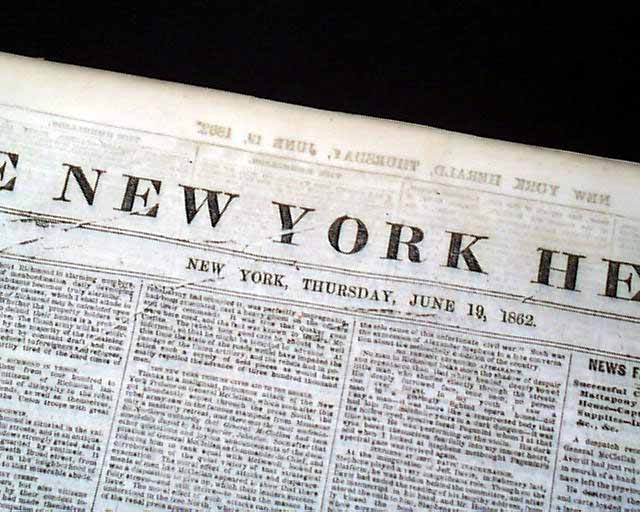 Among the ftpg. column heads on the Civil War are: "Escape of a Union Refugee from Richmond" "What the Rebel Army Think of Jeff. Davis and Beauregard" "The Rebel President Branded as a Tyrant & Blamed for the Loss of the Merrimac" "Lying Reports Published in the Southern Papers to Mislead the North" "The Rebels Determined to Invade the North" and more.
Eight pages, a few minor printing creases, mostly nice condition. 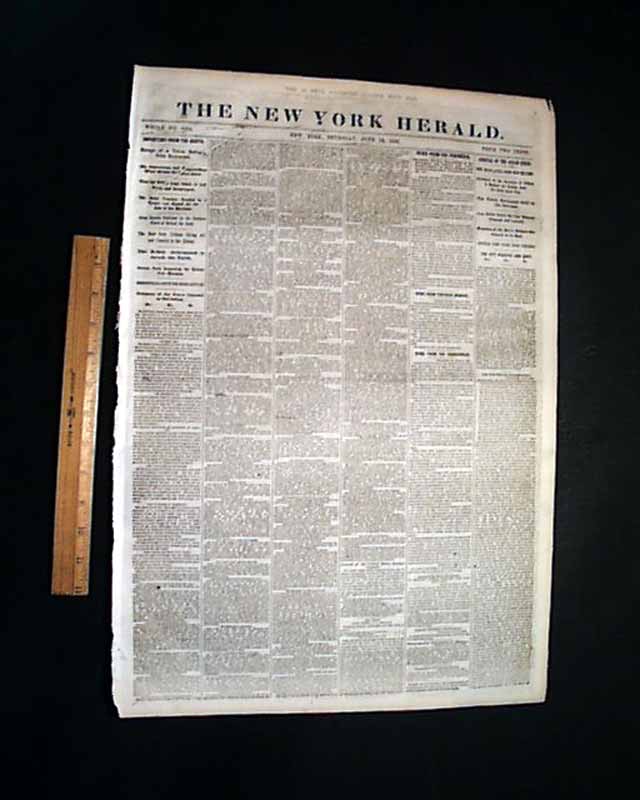 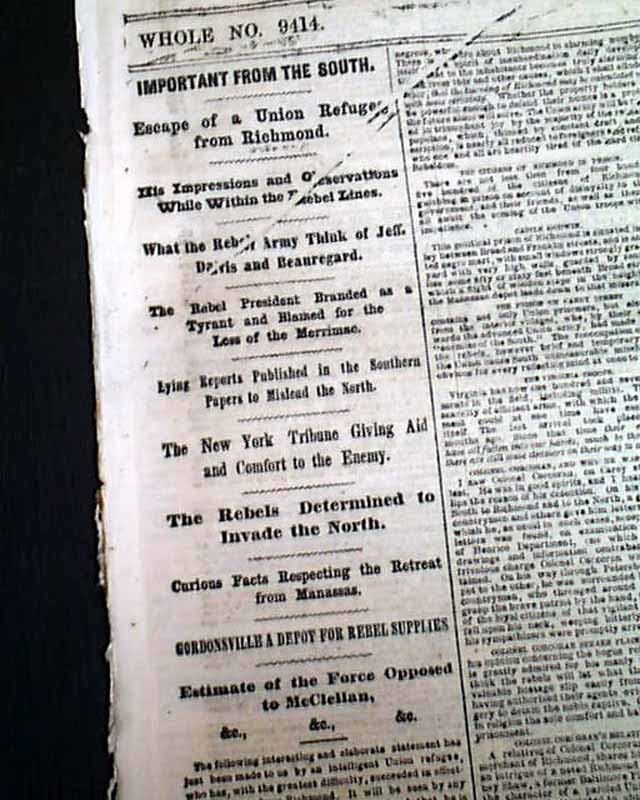 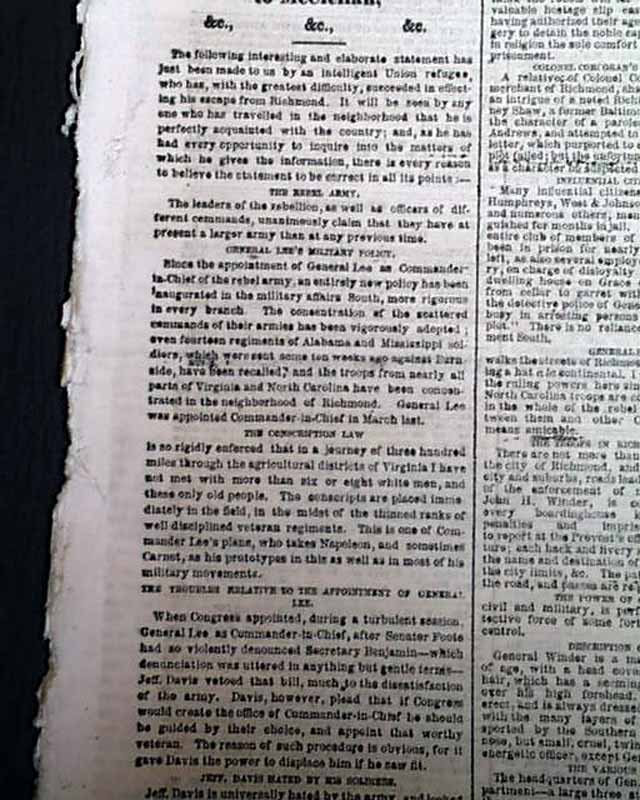 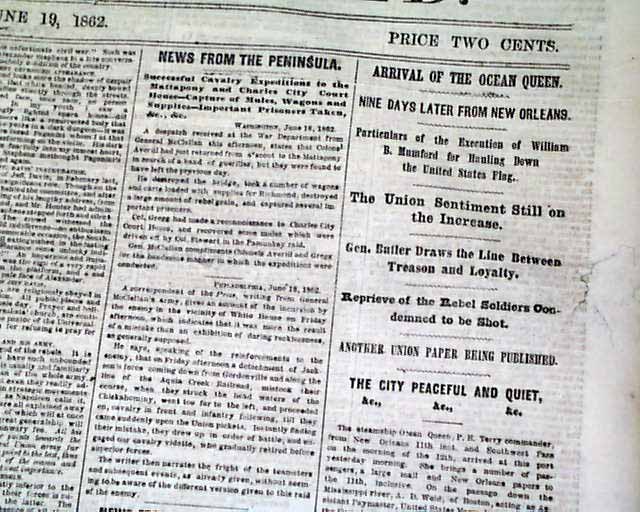