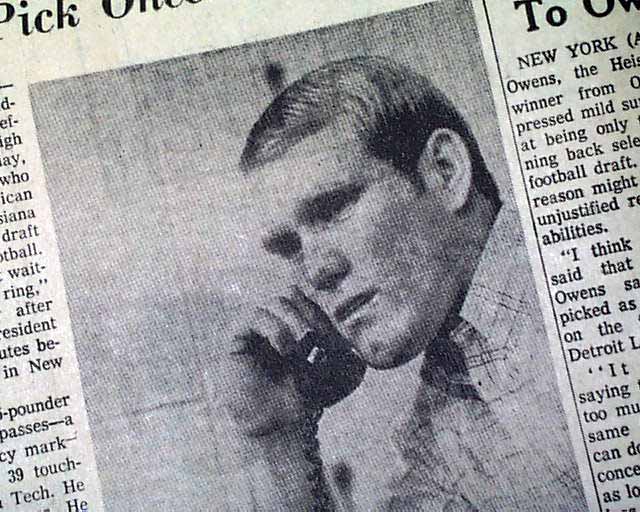 
THE SPRINGFIELD UNION, Springfield, Massachusetts, January 28, 1970  This 40 page newspaper has a banner headline on page 28: "Bradshaw First, Owens 19th in Pro Grid Draft" with subhead: "No. 1 Pick Once a Reject" and photo of Bradshaw. Tells of the NFL draft in which Terry Bradshaw was the first pick for the Pittsburgh Steelers. The final piece of the puzzle for a future football dynasty ? A great item for the old school Steelers fan.

Review & premiere of "Fear and Loathi...