Home > Back to Search Results > Harwick coal mine explosion...
Click image to enlarge 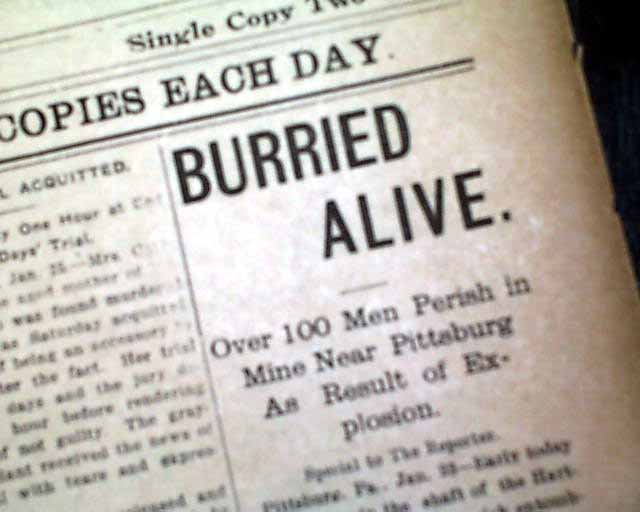 This 6 page newspaper has one column headlines on the front page: "BURRIED ALIVE (sic)"and "Over 100 Men Perish in Mine Near Pittsburg As Result of Explosion"

Please refer to the photos for text. Other news of the day. Light browning with little margin wear and tear, should be handled with care.

wikipedia notes: One of the worst mining disasters in history occurred at the Harwick Coal Company Mine Explosion in Cheswick on January 25, 1904, killing almost 200 men.