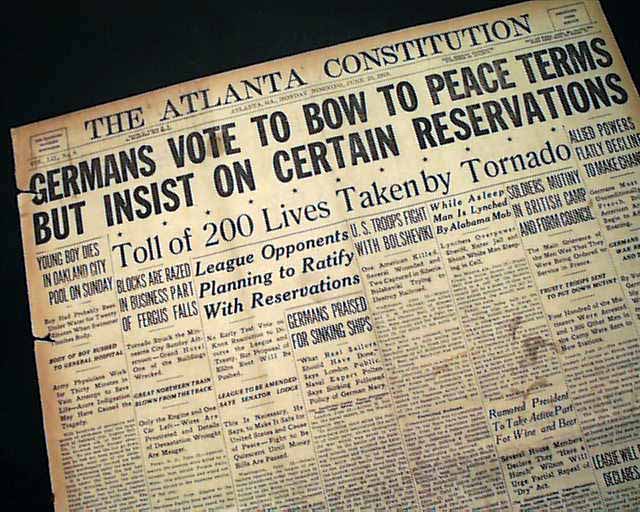 This 12 page newspaper has a nice six column headline on the front page: "Toll of 200 Lives Taken by Tornado", with subheads that include: "Blocks Are Razed In Business Part Of Fergus Falls" and more. See photos for text.

Other news of the day with much on World War I. Light browning with a few binding slits along the spine, otherwise good. Should be handled with care.

wikipedia notes: The 1919 Fergus Falls tornado was a large and destructive tornado that struck Fergus Falls, Minnesota on June 22, 1919. It killed 57 people and is the second deadliest tornado in Minnesota's history. This tornado occurred just 10 months after a tornado in Tyler, Minnesota killed 36 people. That twister was Minnesota's fourth deadliest on record.