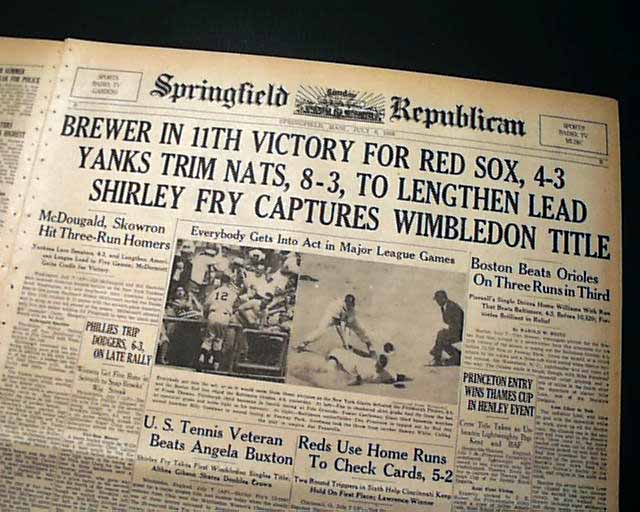 This 50+ page newspaper has a banner headline on the front page of the sport's section (inside): "SHIRLEY FRY CAPTURES WIMBLEDON TITLE" with subheads (see photos).

Of course Fry's win dominated the headlines here because of it being the singles title but what is most historic is a two column subhead: "Althea Gibson Shares Doubles Crown".

And even better is a page 2 (sport's section) photo with caption: "Win Wimbledon Doubles" which shows Althea Gibson and Angela Buxton. Gibson became the 1st Negro to win a title at the famed Wimbledon tennis tournament. A historic item in black sports memorabilia.

Other news of the day throughout including various advertising. Complete in 50+ pages, 16 by 22 1/2 inches, and in good condition.