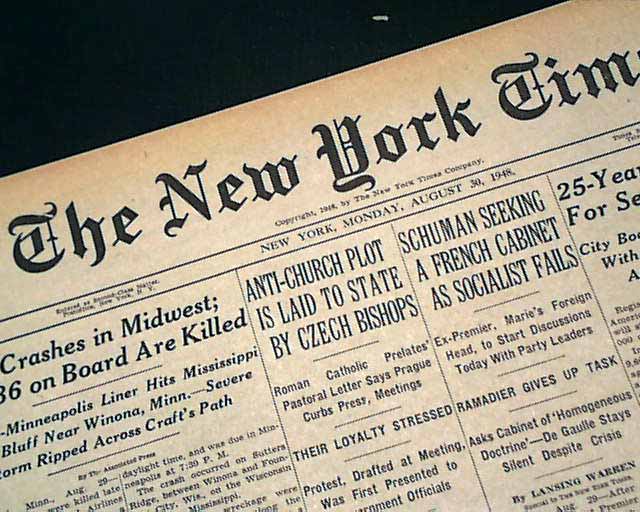 This 36 page newspaper has two column headlines on the front page that include: "Plane Crashes in Midwest; All 36 on Board Are Killed" and more. (see) Report continues on page 8 with related map. This tells of Northwest Airlines Flight 421 disaster near Winona, Minnesota.

Also on page 21 is a 7 column headline that reads: "Dodgers Take Two from Cardinals and Gain Lead in Pennant Race" with subheads and related photo (see images). This tells of the game in which famous negro star Jackie Robinson hit for the cycle.