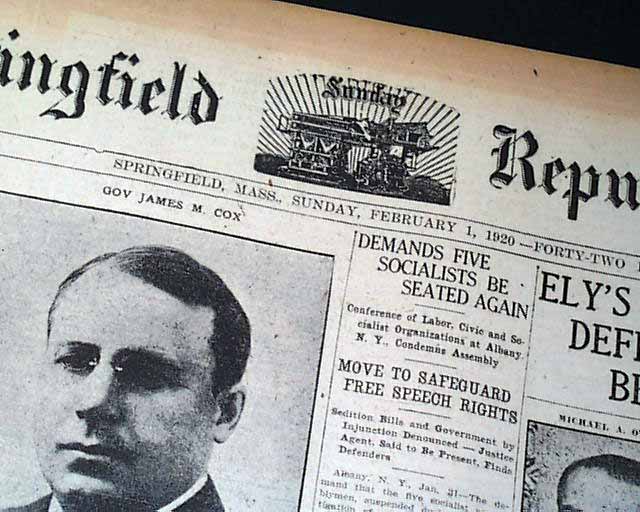 Will Babe Ruth produce for Yankees ?...

* Babe Ruth recently traded
* Will he help the Yankees ?

This 30+ page newspaper a very interesting & curious article on page 2B (near back) which can be looked upon as a huge understatement in baseball history. A three column heading reads: "Will Babe Ruth Greatly Aid Yankees?" with subheads that include: "RUTH'S HITTING CAN'T MAKE YANKEES SPEEDIER ON BASES" "How Much Will He Help The Team" "Many Questions Asked by Fandom as to Weather the "Big Babe" Will Show Again" and more (see photos).  Interestingly enough, the opinion was given by Billy Evans, one of the most famous umpires (and member of the Hall of Fame) of all time.

See photos for text after Ruth was traded to the Yankees from the Red Sox during the off-season. Of course he would lead the Yanks to seven World championships and became one of the most famous long ball hitters of all time. Nice to have in a paper close to Boston.