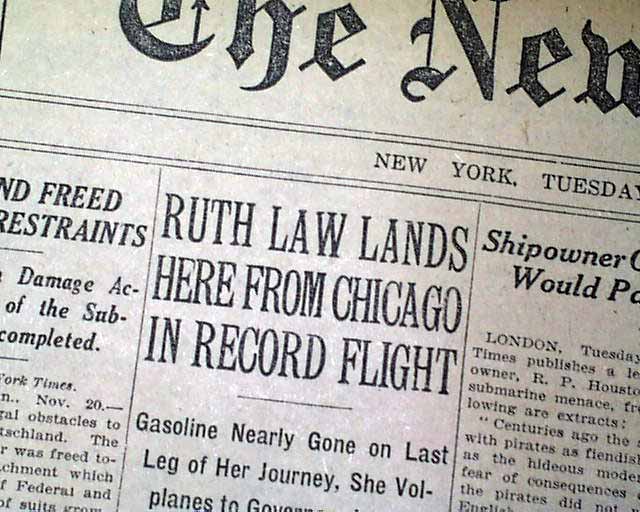 This 22 page newspaper has one column headlines on the front page: "RUTH LAW LANDS HERE FROM CHICAGO IN RECORD FLIGHT", "Gasoline Nearly Gone on Last Leg of Her Journey, She Volplanes to Governor's Island", "Glides Through Dense Fog", "Almost Benumbed By Cold" and more (see photos). This tells of Ruth Bancroft Law breaking the existing distance flying record in the U.S.

Other news, sports and advertisements of the day. Light browning with little margin wear, otherwise good. This should be handled with care.