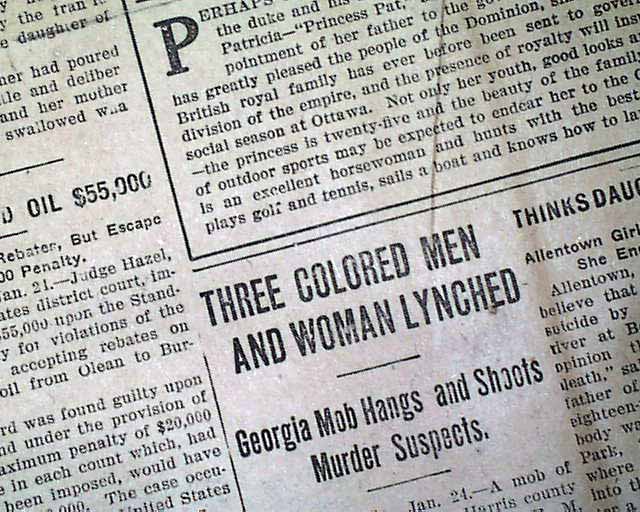 This 8 page newspaper has one column headlines on the front page: "THREE COLORED MEN AND WOMAN LYNCHED" and "Georgia Mob Hangs and Shoots Murder Suspects".

This tells of the lynchings of murder suspects in Hamilton, Georgia. See photos for text here.

Other news of the day. Usual browning with some margin wear and chipping, vertical fold, should be handled with care.