Home > Back to Search Results > The death of Earle Lewis Ovington...
Click image to enlarge 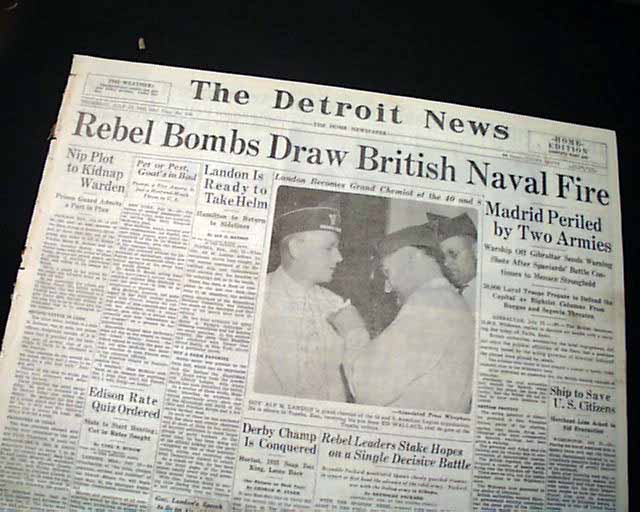 The death of Earle Lewis Ovington...

This 44 page newspaper has a small one column headline on the front page: "Pioneer Flier's Ashes to Be Strewn Over Sea".

A 1st report on the death of Earle Lewis Ovington, best known for flying the 1st official airmail flight. Unfortunate for such a small article here but nice to have in the front page.

wikipedia notes: Earle Lewis Ovington (December 20, 1879 - July 21, 1936) was an American aeronautical engineer, aviator and inventor, and served as a lab assistant to Thomas Edison. Ovington piloted the first official airmail flight in the United States in a Blériot XI in 1911. He carried a sack of mail from Garden City, New York to Mineola, New York. He circled at 500 feet and tossed the bag over the side of the cockpit and the sack burst on impact, scattering letters and postcards.[1] He delivered 640 letters and 1,280 postcards, including a letter to himself from the United States Postal Service designating him as "Official Air Mail Pilot #1.