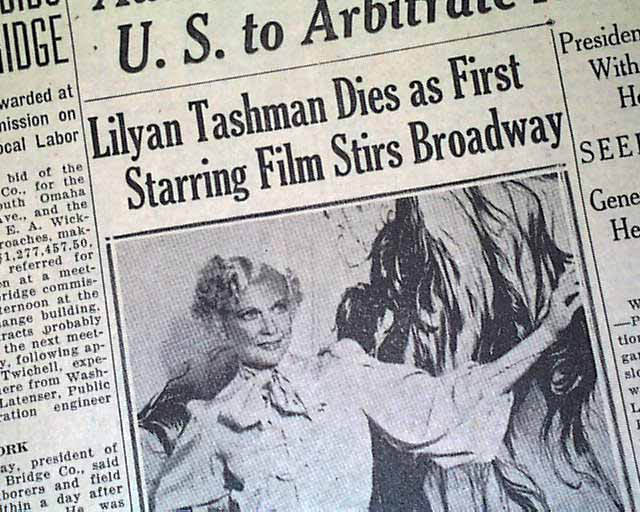 This 20 page newspaper has two column headlines on the front page that include: "Lilyan Tashman Dies as First Starring Film Stirs Broadway" and more with nice photo of Tashman (see photos).

Also a great banner headline on the front page of the sport's section (inside): "JONES RETURNS TO GOLF WARS TODAY" with subheads (see photos). This was to be the very first day of the 1st Master's making this a very significant issue for any golf collector.

Other news of the day throughout including period advertising. Minor spine wear, otherwise in nice condition.