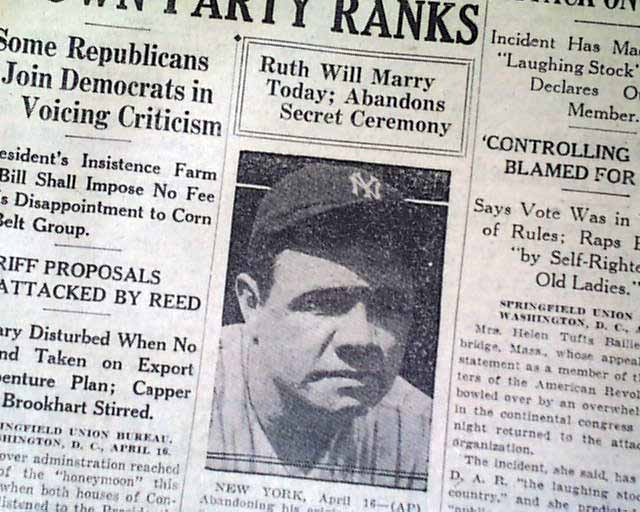 This 34 page newspaper has a one column photo of Babe Ruth on the front page with heading: "Ruth Will Marry Today; Abandons Secret Ceremony"

This was the game in which Earl Averill hit a home run in his very 1st MLB at bat. He was the first player to achieve this in American League history.