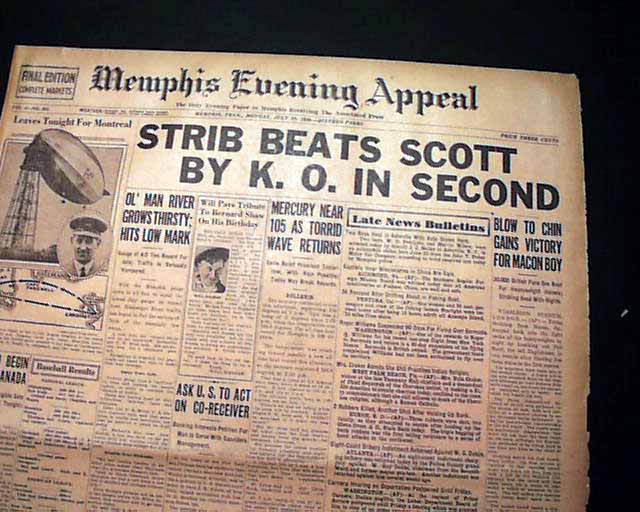 This 16 page newspaper has a nice six column headline on the front page: "STRIB BEATS SCOTT BY K. O. IN SECOND" with subheads. Nice to have this report on the front page and very unusual for such a nice headline here as well. Nice for display.

Other news of the day. Light browning with little margin wear and chipping, little irregular at the spine, otherwise good condition. 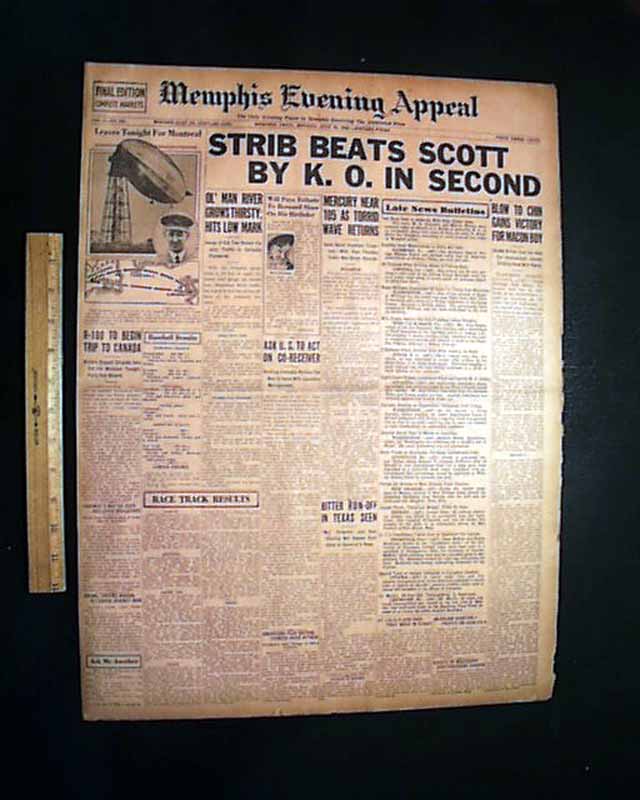 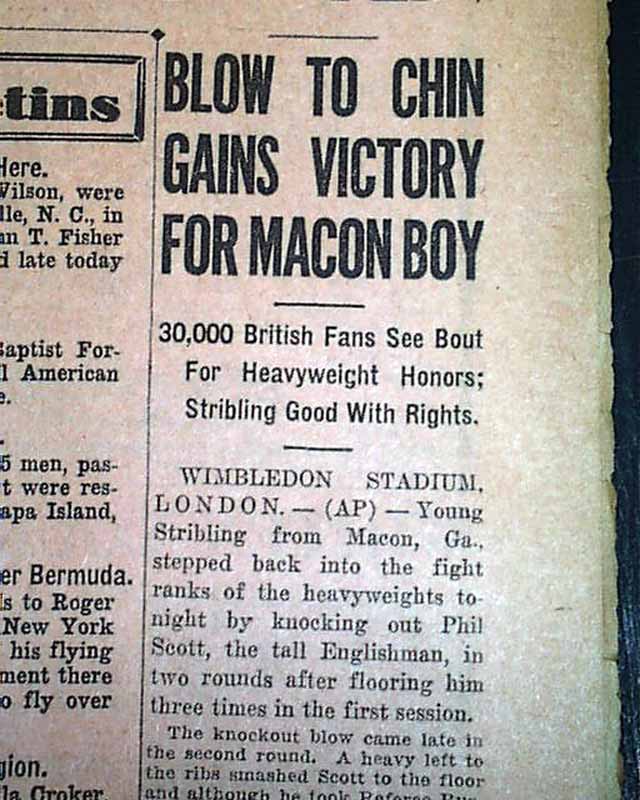 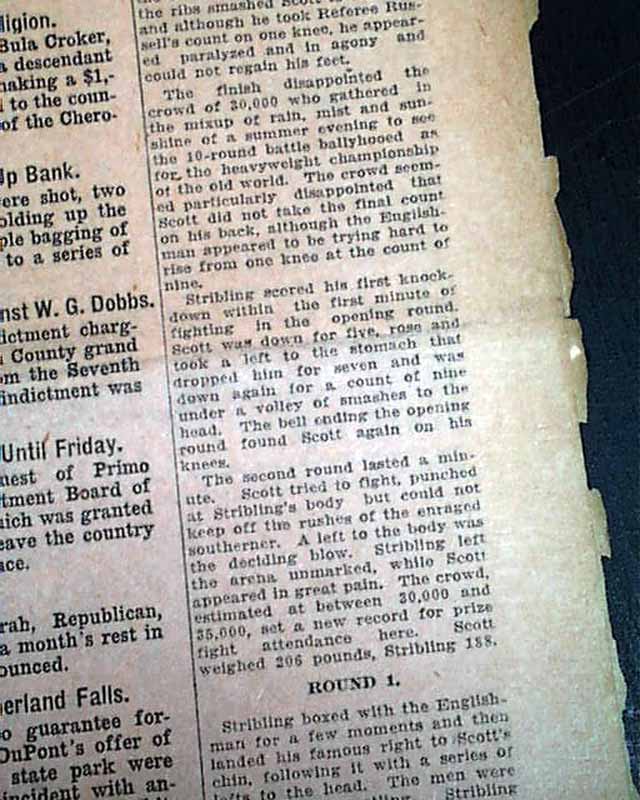