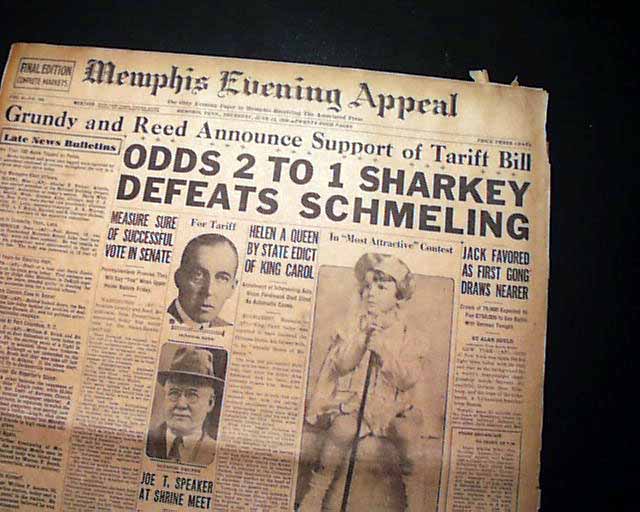 Other news of the day including period advertising. Light browning with some margin wear and chipping, little irregular at the spine, otherwise in good condition.