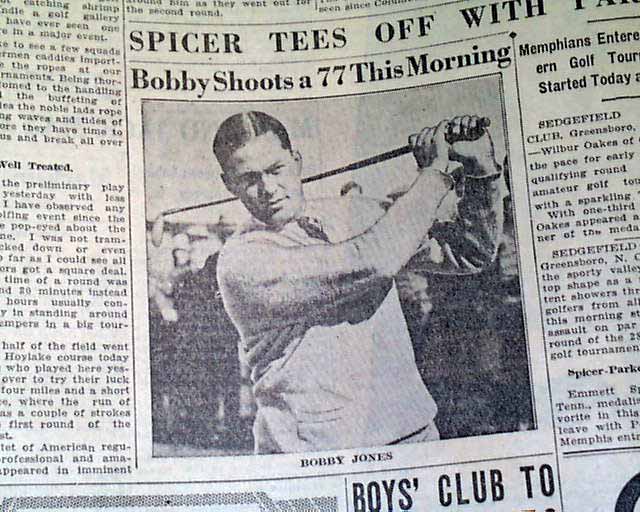 This 24 page newspaper has a nice banner headline on page 18: "Bobby Jones Shoots A 77 And Has Total Score Of 150" with subheads and action photo of Jones (see photos). Tells of day 2 of the qualifying round of the 1930 British Open. This would be the year of his famous grand slam of golf achievement.

Other news of the day. Light browning with some margin wear and chipping, little irregular at the spine, otherwise good condition.