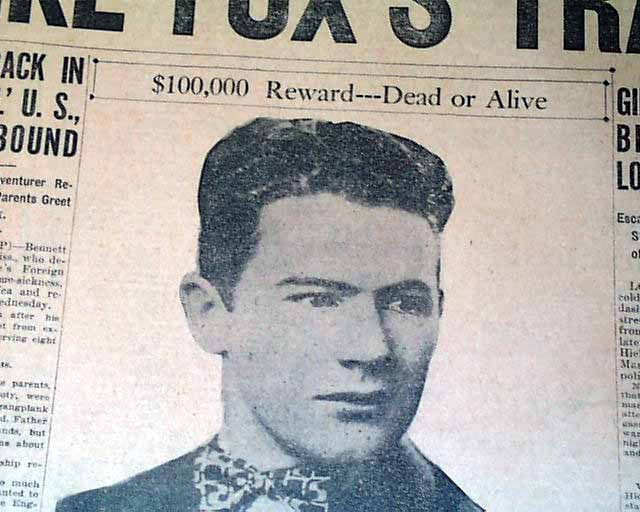 This 22 page newspaper has a great banner headline on the front page: "POLICE STRIKE FOX'S TRAIL" with subheads and great photo of Hickman with caption: "$100,000 Reward---Dead or Alive"

What makes this issue extraordinary is that the front page shows copies of the last ransom note and a interesting letter written by Marion to her father (see photos).

This tells of the murder of 12 year old Marion Parker by William Edward Hickman. See photos for some of the text.

Other news of the day including advertisements. Light browning, little margin wear and chipping, little irregular at the spine, otherwise good condition.