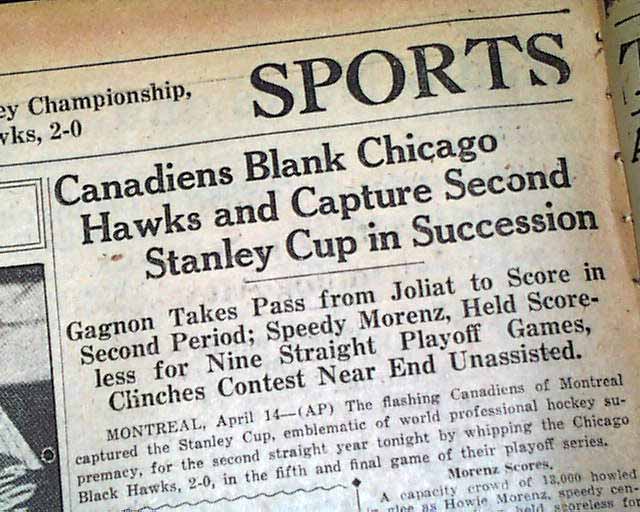 This 30 page newspaper has two column headlines on page 26 that include: "Canadians Blank Chicago Hawks and Capture Second Stanley Cup in Succession" with subhead, lineups and photo to Johnny Gagnon (see images).

This tells of the Montreal Canadians winning the 1930-31 Stanley Cup by defeating the Chicago Blackhawks. Great to have in this famous NYC title. Be the envy of your fellow Montreal fan buddies with this original issue from the early days of hockey.

Other news, sports and advertisements of the day throughout. Light browning, minor margin wear with tape mend along margin, otherwise in good condition.