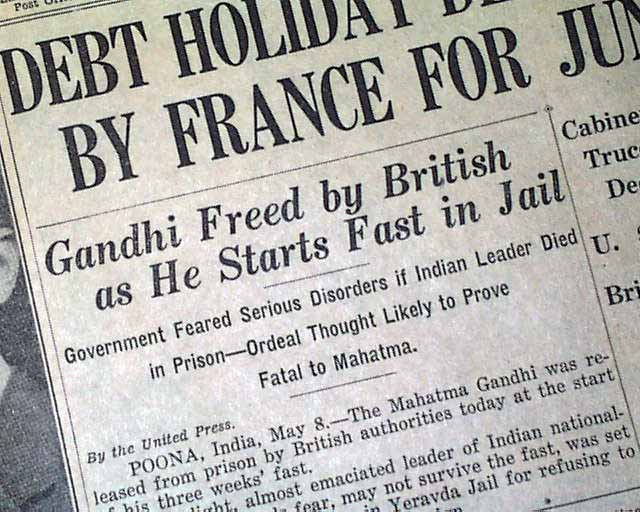 This 34 page newspaper has two column headlines on the front page: "Gandhi Freed by British as He Starts Fast in Jail", "Government Feared Serious Disorders if Indian Leader Died in Prison--Ordeal Thought Likely to Prove Fatal to Mahatma".

Other news and advertisements of the day throughout. Light browning with little spine wear, otherwise in nice condition.