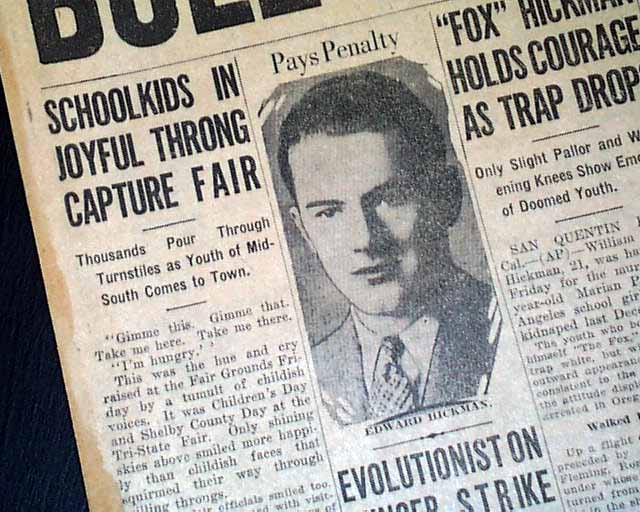 This 28 page newspaper has one column headlines on the front page that include: "'FOX' HICKMAN HOLDS COURAGE AS TRAP DROPS" and "Only Slight Pallor and Weakening Knees Show Emotions of Doomed Youth" with smaller subheads and photo of Hickman.

This tells of the execution (same day) by hanging of William Edward Hickman for the murder of 12 year old Marion Parker after kidnapping her.

Other news, sports and advertisements of the day. Light browning, little margin wear and chipping, little irregular at the spine, otherwise good.