Home > Back to Search Results > The Four Horsemen in 1951...
Click image to enlarge 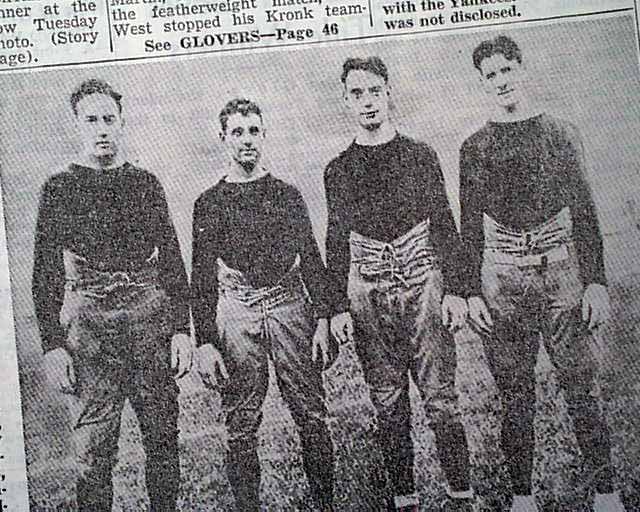 This 56 page newspaper has a one column heading at the bottom of the front page of the sport's section (page 45):"'4 Horsemen'---Today and in the 1920's" with two group photos of the famed football players from Notre Dame (see photos).

Also on the same page is a report on the upcoming fight that same day between Sugar Ray Robinson and Jake Lamotta. This would be the famous last fight between the two.

Other news of the day throughout. Rag edition, some small binding holes along the spine, otherwise nice condition.