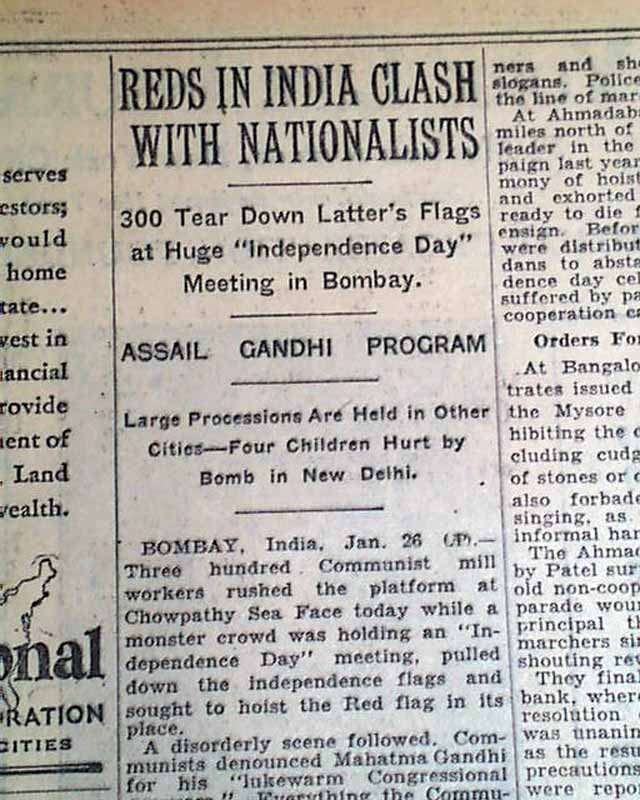 This 44 page newspaper has one column headlines on page 6: "REDS IN INDIA CLASH WITH NATIONALISTS"; "300 Tear Down Latter's Falgs at Huge 'Independence Day' Meeting in Bombay" and "ASSAIL GANDHI PROGRAM"

Other news, sports and advertisements of the day throughout. Light browning with some margin wear, otherwise good.

wikipedia notes: January 26, 1930 was celebrated by the Indian National Congress, meeting in Lahore, as India's Independence Day. This day was commemorated by almost every other Indian organization.