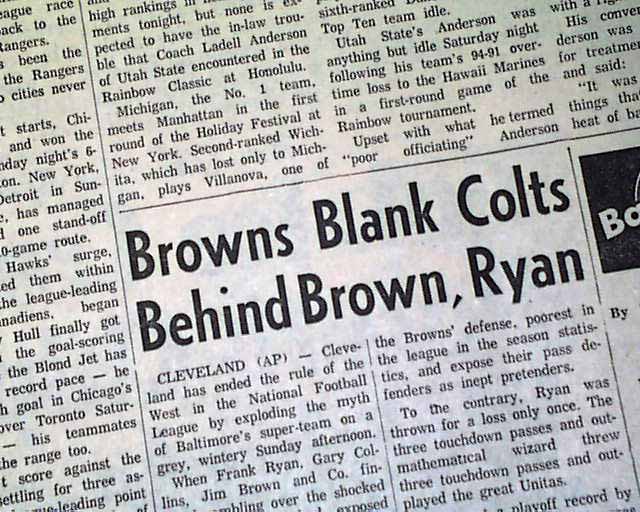 This 10 page newspaper has a two column headline on page 5: "Browns Blank Colts Behind Brown, Ryan", which tells of the NFL football championship game between the Cleveland Browns and the Baltimore Colts.

The Baltimore Colts had finished the regular season with a record of 12-2 and won the Western Conference. The Colts were led by their head coach Don Shula and quarterback Johnny Unitas. This was the Colts' 3rd championship game appearance since joining the NFL in 1953.

The Cleveland Browns had finished the regular season with a record of 10-3-1 and won the Eastern Conference. The Browns were led by their head coach Blanton Collier, quarterback Frank Ryan, running back Jim Brown and receivers Gary Collins and Paul Warfield. This was the Browns' 8th NFL championship game appearance since joining the NFL in 1950.

The Browns' win is the most recent major sports championship won by a professional Cleveland team.