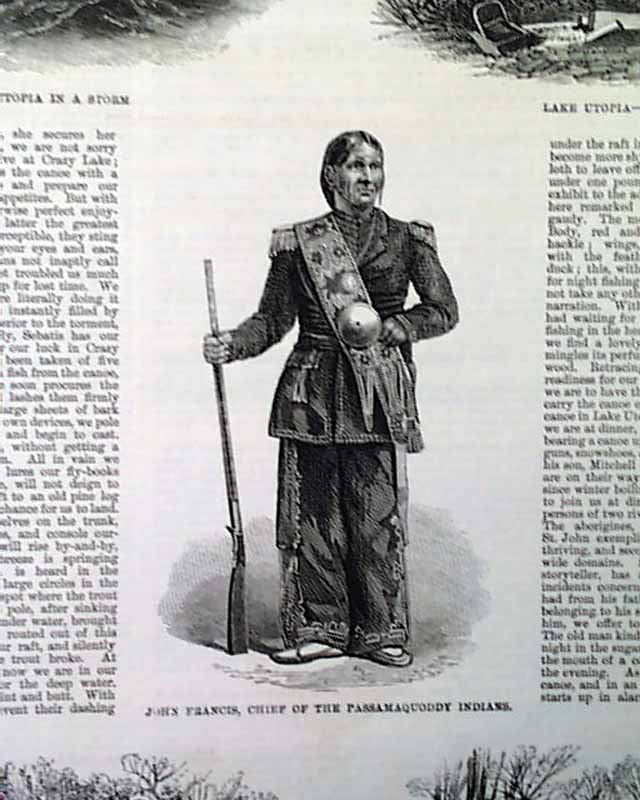 
THE ILLUSTRATED LONDON NEWS, London, England, September 5, 1863  The front cover features a halfpage illustration "Burning of the Old Seraglio, Constantinople".Within the issue is "Travelling in Madagascar which contains two halfpage illustrations. Halfpage "The Congress of German Sovereigns at Frankfort: Fireworks on the Banks of the Maine". Fullpage "General View of Falmouth From Beacon Hill". Halfpage "Opening of the Falmouth and Truro Railway: Arrival of the First Train at Falmouth Station".  "The Bristol and South Wales Union Railway" has an associated illustration. "A Fishing Excursion in New Brunswick includes several illustrations, including John Francis, Chief of the Passamaquoddy Indians. A doublepage "Complete Ground Plan of the International Exhibition". Within the issue are additional articles, illustrations and advertisements.

This is complete in 32 pages measuring approximately 16 x 11.25 inches and is in good condition.