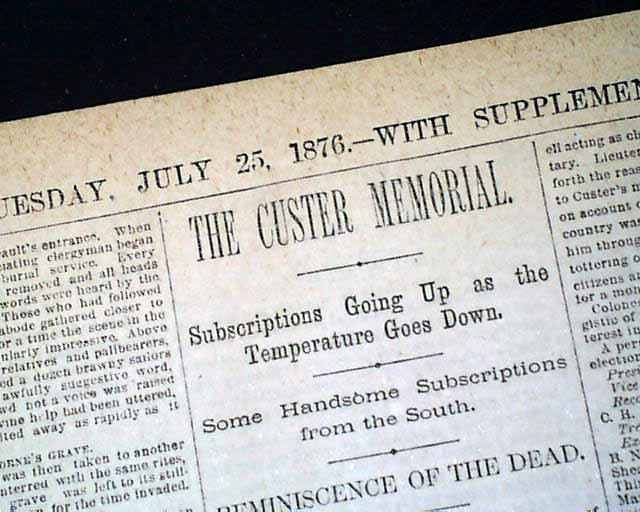 * THE CUSTER MEMORIAL
* Reminiscence Of The Dead

wikipedia notes: The Great Sioux War of 1876–77 (also known as the Black Hills War) was a series of battles and negotiations between the Lakota and Northern Cheyenne, and the United States between 1876 and 1877. Traditionally United States military and historians placed the Lakota at the center of the story, especially given their numbers.

Some American Indians believed the Cheyenne were the primary target of the US campaign. An alternative interpretation suggests that the Indians would have called it "The Great Cheyenne War".

In honor of Lincoln's first birthday ...