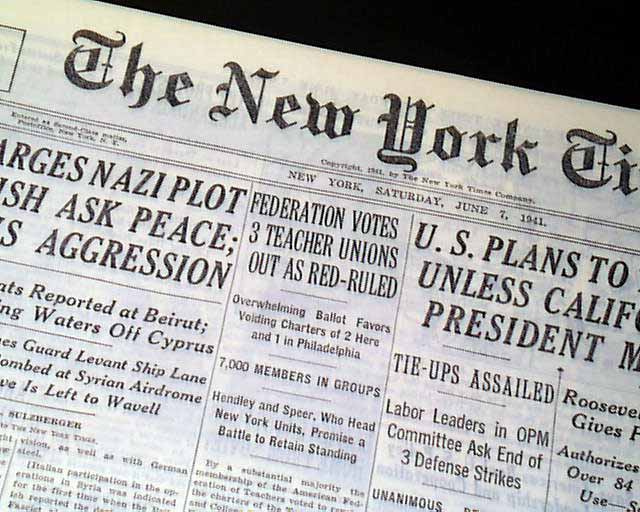 This 32 page newspaper has small one column headings under: "Letters to the Sports Editor" on page 14 that read: "A Tribute To Gehrig" and "New York Youth Congress Mourns Passing of Star" (see photos for text here).

Other news of the day throughout with much on World War II. This rag edition is in great condition.