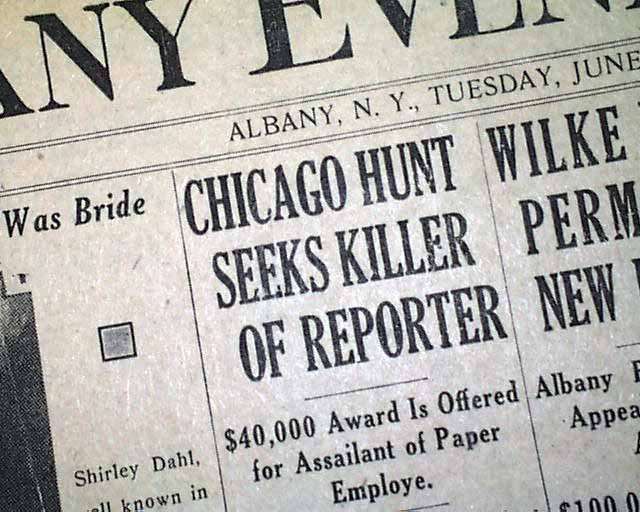 This 28 page newspaper has one column headlines on the front page that include: "CHICAGO HUNT SEEKS KILLER OF REPORTER", "$40,000 Award Is Offered for Assailant of Paper Employee" and more (see photos). This tells of the gangland death of Chicago reporter Jake Lingle. Though the murder was never solved, many believe this was gangster boss Al Capone's doing.

Other news, sports and advertisements of the day throughout. Light browning, binding slits, otherwise good.