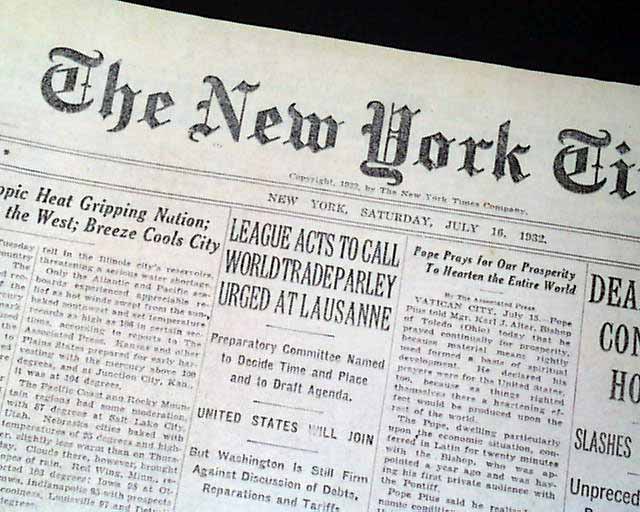 This 26 page newspaper has a small one column heading on page 4: "Inventor to Seek New Altitude With His Liquid Fuel Rocket"

See photo for test here. Other news of the day throughout. Rag edition in very nice condition.

On March 14, 1931 at 4:45pm, he launched the Hückel-Winkler I (HW-I) at the Gross Kühnau drill field near Dessau. According to his account, it was planned to reach an altitude of 500 meters, but it turned and flew horizontally, landing 200 meters from the pad. The maximum altitude of the rocket was not recorded. It was powered by liquid oxygen and liquid methane.