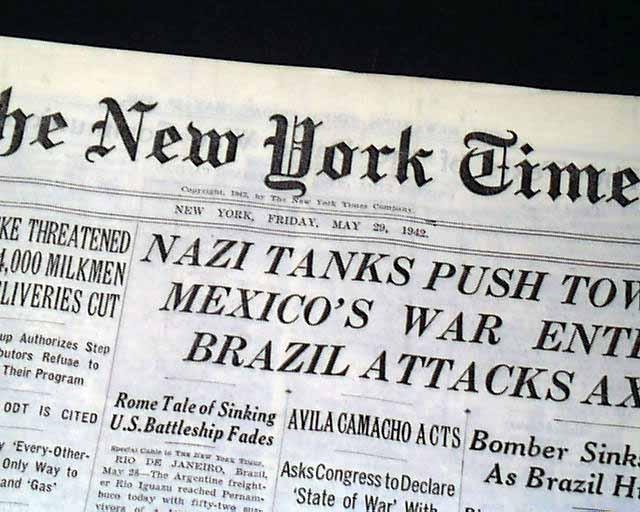 This 34 page newspaper has a small one column heading on page 5:
"Powerful Rocket Bomb, Reds' New Air Weapon" which tells of the newly invented rocket powered weapon used by the Soviet Air Force against the Nazis during World War II. see photo for text here.

Other news of the day throughout with much on WWII. This rag edition is in great condition. 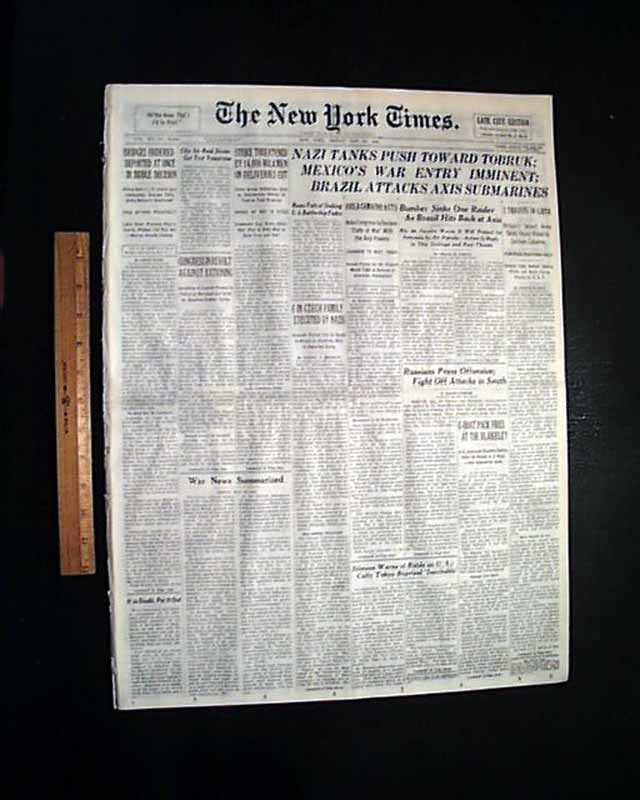 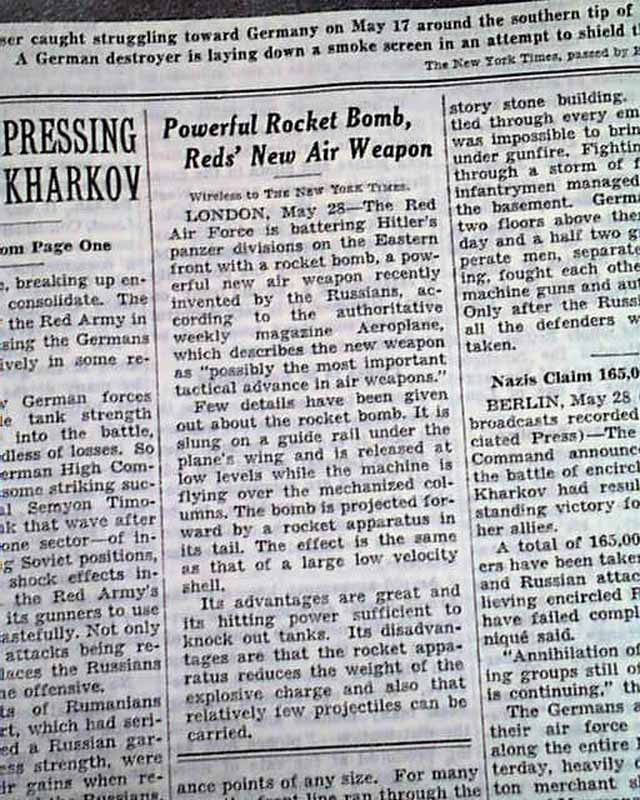