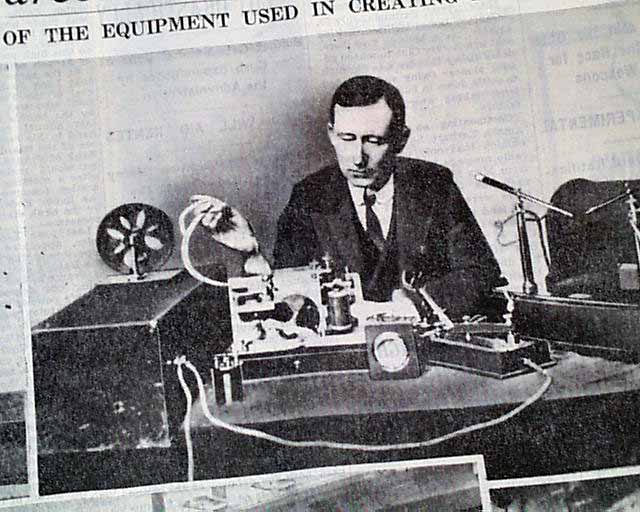 This 46 page newspaper has one column headlines on the front page:

Much more on pages 14 & 15 including many headlines and photos. Too much to photograph. See photos for some content.

wikipedia notes: Marchese Guglielmo Marconi [guÊe:lmo mar'ko:ni] (25 April 1874 - 20 July 1937) was an Italian inventor, best known for his development of a radiotelegraph system, which served as the foundation for the establishment of numerous affiliated companies worldwide. He shared the 1909 Nobel Prize in Physics with Karl Ferdinand Braun, "in recognition of their contributions to the development of wireless telegraphy".[1] Later in life, Marconi was an active Italian Fascist[2] and an apologist for their ideology (such as the attack by Italian forces in Ethiopia).