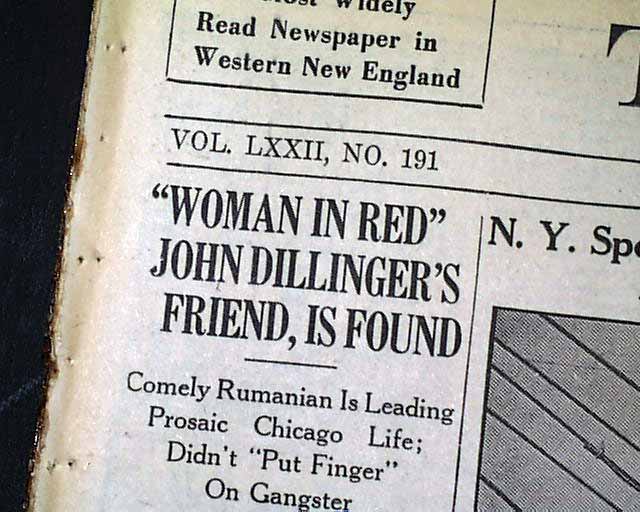 This 30 page newspaper has one column headlines on page 14:  "CHICAGO GUNMAN IS SHOT DOWN OUTSIDE HOTEL", "Former O'Banion Lieutenant Dies Without Making Statement; Assassins' Bullets Miss His Wife".

Other news of the day throughout including period advertisements and the front page reporting on John Dillinger's "Woman In Red" (see photos). There is light browning, little margin wear, but it is otherwise good condition.