Home > Back to Search Results > Chasing after Benedict Arnold...
Click image to enlarge 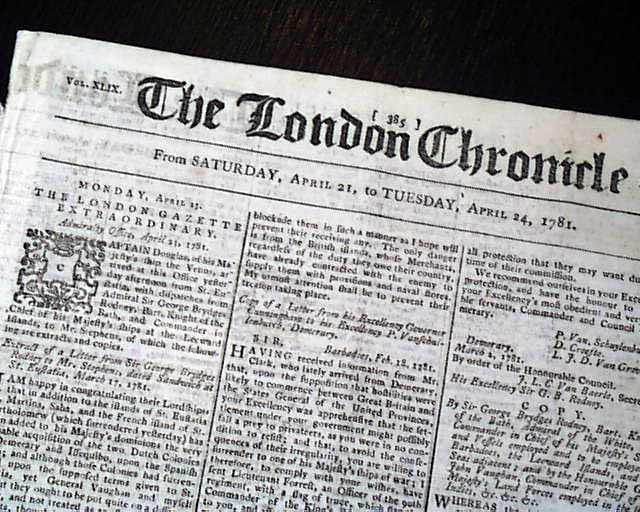 Page 2 has: "...letters from North Carolina bring advice that the majority of the inhabitants in that province have lately risen voluntarily on the side of loyalty & have seized upwards of 200 of the principal men who were known to be the most distinguished partizans of Congress & their cause, & carried them prisoners to the head quarters."
The back page has: "...from Chesapeak Bay...an account that Admiral Arbuthnot, having received information that the French fleet had sailed with a few of landing 2000 men at Virginia in order to distress General Arnold..." with more (see photos).
Eight pages, 8 1/4 by 11 1/4 inches, very nice condition.