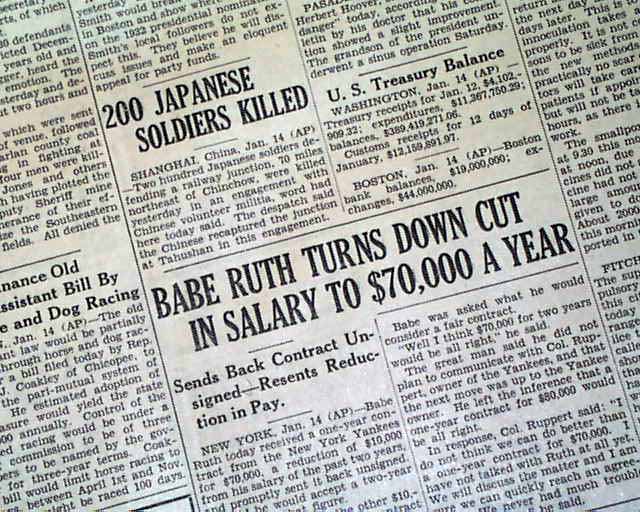 This 10 page newspaper a two column headline on the front page: "BABE RUTH TURNS DOWN CUT IN SALARY TO $70,000 A YEAR" with subhead: "Sends Back Contract Unsigned--Resents Reduction in Pay" Nice to have this on the front page as it usually appears in the sport's section in most publications.

Other news, sports, and advertisements of the day. Light browning, otherwise good.