Home > Back to Search Results > Death of Commodore Porter...
Click image to enlarge 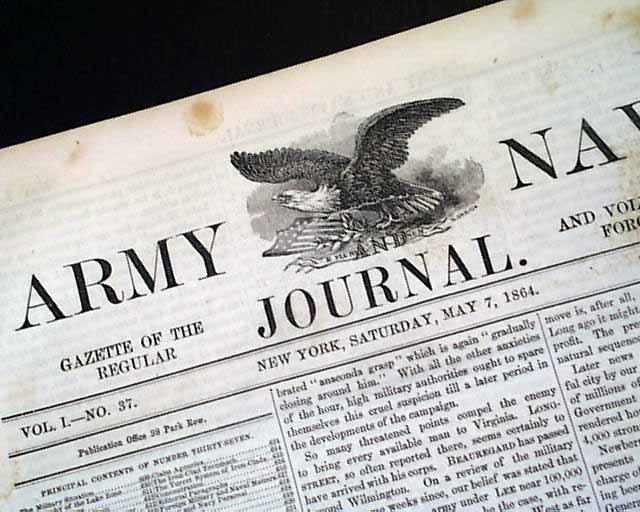 
ARMY & NAVY JOURNAL,  New  York, May 7, 1864  As noted in the masthead this was the: "Gazette of The Regular & Volunteer Forces" and as such is replete with military news of all sorts. Among the articles within are: "Lieut. Commander Flusser" "Commodore William D. Porter" which reports on his death (see); "Major-General Meade's Battle Order" signed by him in type: George G. Meade; "The Dispositions at Olustee" ""The Turret System of Iron-Clads" "The Red River Expedition---Official Report of Rear-Admiral Porter". Complete in 16 pages, measuring 14.5 x 10 inches, some scattered foxing, nice condition.