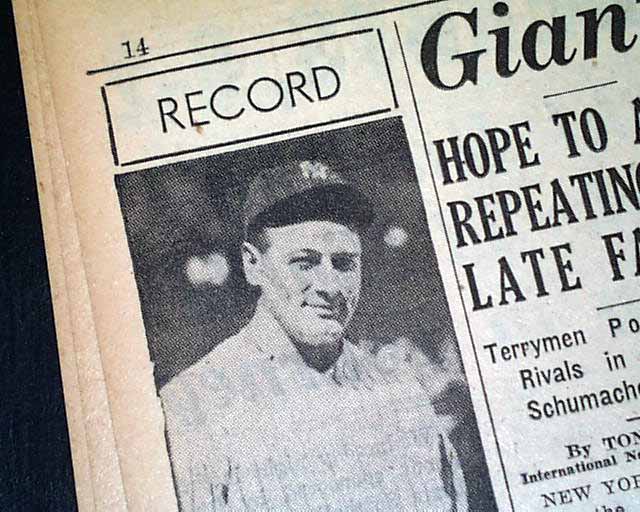 This 20 page newspaper has a 7 x 2 inch photo of Lou Gehrig with caption: "RECORD" and brief text which tells of Gehrig breaking the all time grand slam home run record. He still holds that record till this day with 23.